Its Eid holidays here and each day we look forward to have some good tea time snack.  I made them yesterday as this is in my to do list for sometime.  No need to soak the dals, a kind of instant vada which you can make it very easily with few ingredients you have in you kitchen. 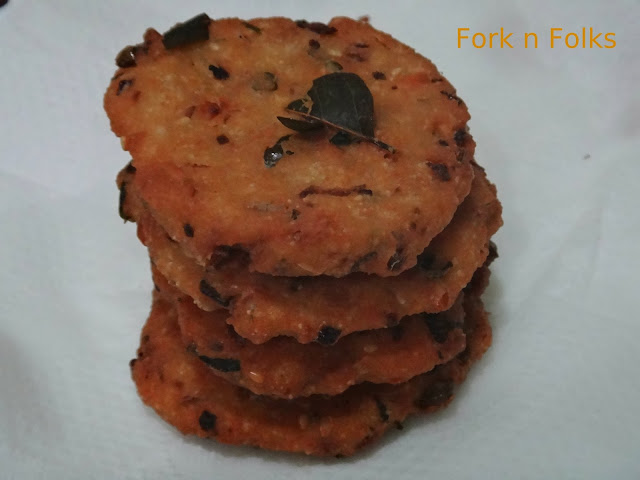 After a big break I am back here again. How are  you all doing?


Recently I received a complimentary box of Gold kiwi fruits from Zespri.  I have tried the green ones from Zespri they are so fresh and yummy. This time it was a box of gold Kiwi, they were so firm from out but very sweet, fresh  and yummy, I have never had a gold kiwi earlier and this was the first time I got to taste this delicious fruit. I loved it more than the green one. 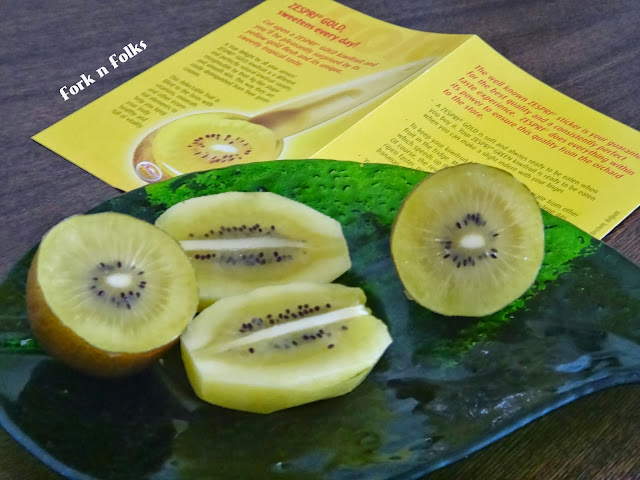 Zespri Kiwifruit contain so many vitamins and minerals, they’re truly bursting with natural goodness. The powerful combination of vitamins C and E, potassium, folate, and dietary fibre, gives Zespri Kiwifruit one of the highest nutrient density and adequacy scores compared to other common fruit.  I had made this  payasam with kiwi pulp, it was so delicious. 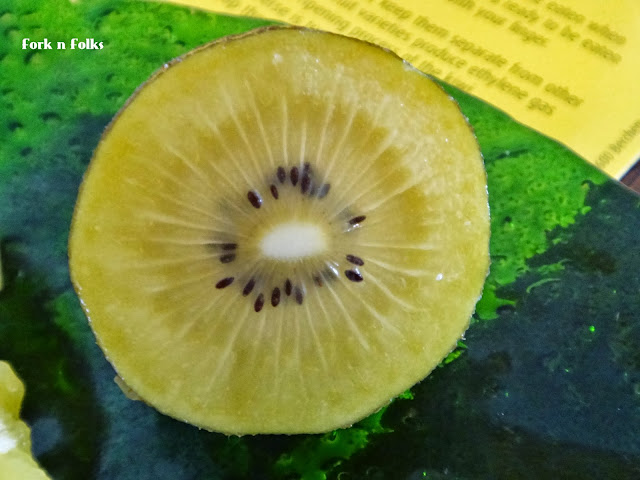 
Ghee – 1 tsp just to fry the raisins and cashew 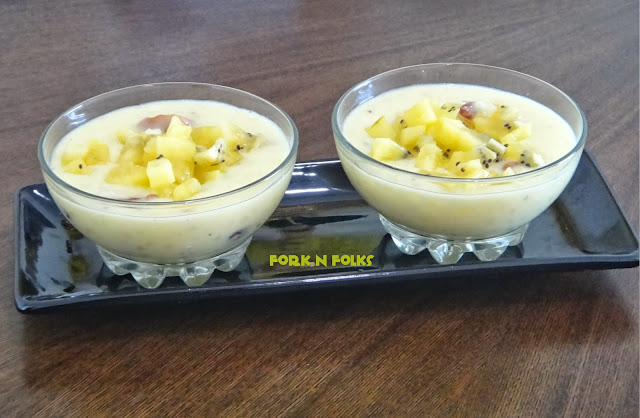 Email ThisBlogThis!Share to TwitterShare to FacebookShare to Pinterest
Labels: Festivals and Sadhya, Sweets

Guess what the Baking Partners Challenge is one year old since this group has started. Congratulations to the entire team members to reach this wonderful milestone. Special thanks to Swathi  for starting this group. Each time I learn something very different from the variety of challenges in this group and I am so happy that I am part of this too.

Chiffon cakes are foam cakes, airy and pillowy in texture and combine richness of a butter cake with lightness of a sponge cake. 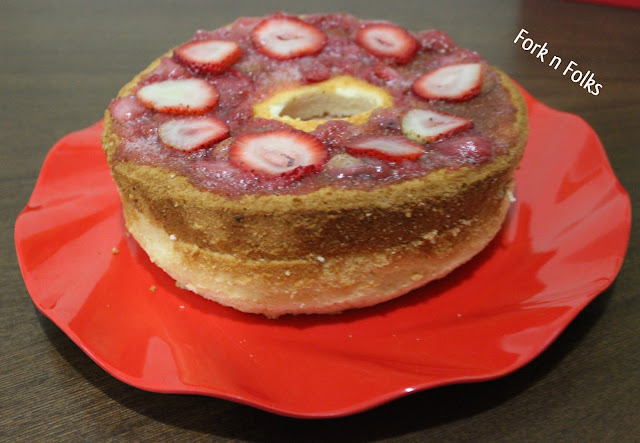 Coming to the cake, this  does require some mind blowing steps which were fun to do, but it is not a hard recipe. If followed correctly, the cake could be made within couple of hours.

This recipe was suggested by Saraswathi of Sara’s kitchen and she adapted this recipe from the book The Cake Bible written by Rose Levy Beranbaum.

Chiffon cakes are foam cakes that have a soft and spongy texture. This cake is very similar in appearance to angel food cake and is usually baked in the same type of tube pan. Chiffon cakes, unlike angel food cakes, contain both egg yolks and vegetable oil. These two ingredients keep the cake moist, soft and tender that tastes great and keeps well. 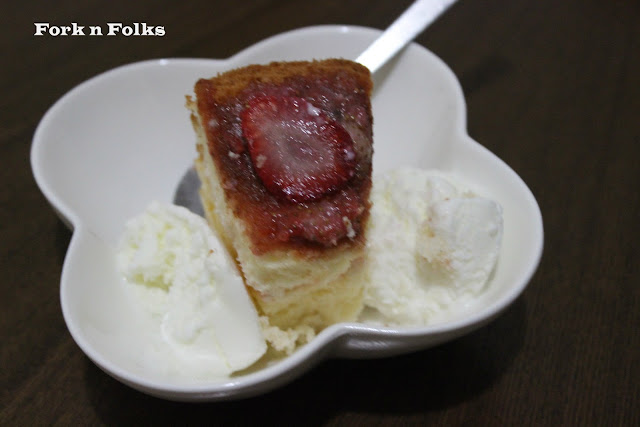 The chiffon cake was created by Harry Baker, a Los Angeles insurance agent, in 1927.  Baker carefully guarded his secret technique for almost two decades, only selling his cakes to celebrities and the famous Brown Derby restaurant. The popularity of his cakes grew quickly, and he eventually sold the recipe to General Mills in 1947.

Now, Mr. Baker had two big secrets with his chiffon cake recipe. The first is that chiffon cakes use oil instead of butter, which aides in the airy quality of the cake. It is also nice because the cake can be refrigerated without firming up. The second secret of the chiffon cake is to whip the egg whites separately from the yolks and to fold them ever so gently into the batter.  If done correctly, the results are divine. If not, you can end up with an oozy-gooey mess in your pans.

This is the third Home Baker's Challenge started by Priya Suresh and hosted by Viji.

This month challenge was to bake  cookies and we were give four recipes, I loved the peanut butter cookes and have tried making. Loved the nutty, crunchy  & a flavorful cookie. 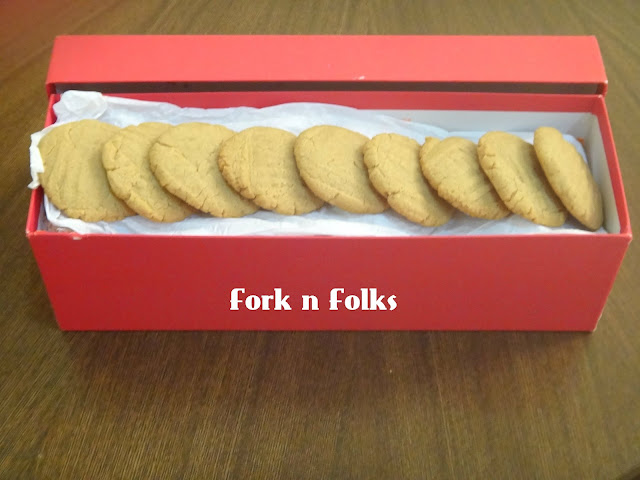 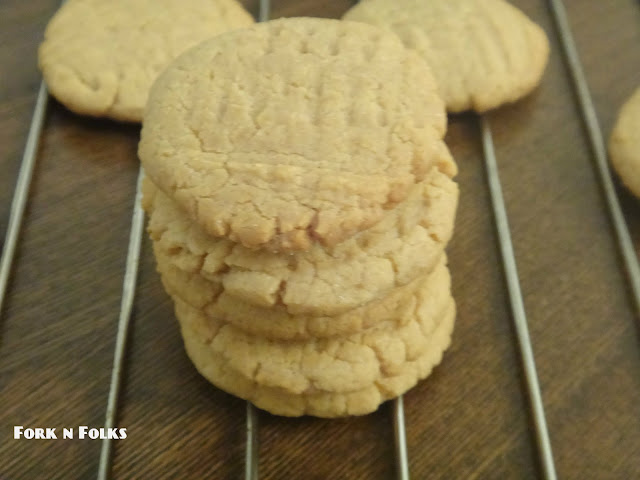 One of the  famous fritters  made from chickpeas or feva beans across the Middle  East, it is either had like any other fritters as appetizer wrapped in a pita bread as sandwich.


We at home love to have this hot,  so crunchy and yummy they are, you can use hummus as a dip to have this. 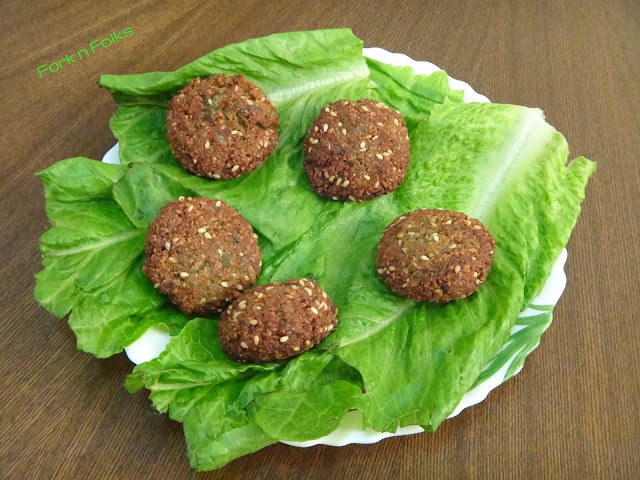 Popsicles who does not like it, perfect for the summer days, its been so hot these days here anything chilled like fresh  juices, smoothies, ice-creams or popsicles is big treat.


I had some fresh Zespri  kiwi, strawberries & oranges and  I wanted to make this. Try it everyone love to have this. At my place my daughter loved the strawberry part so much but my hubby loved the Zespri kiwi part and he insisted me to make purely  kiwi popsicles  and insisted me not to strain and remove the seeds as he loved it  so much in it. 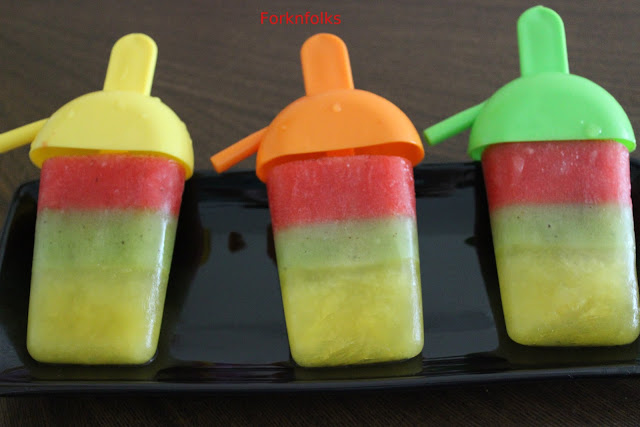 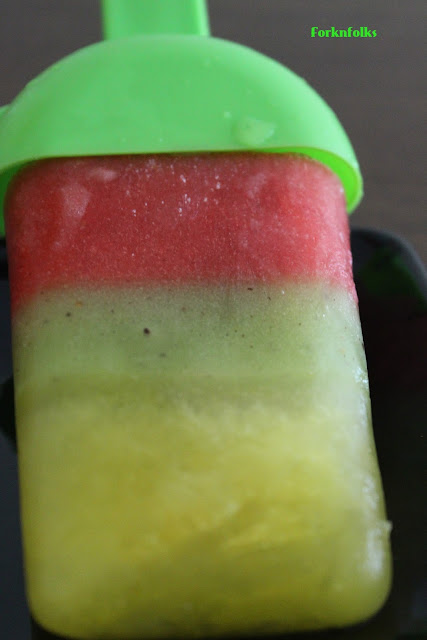 Very simple yet another perfect healthy and refreshing salad, adding some fresh coconut. 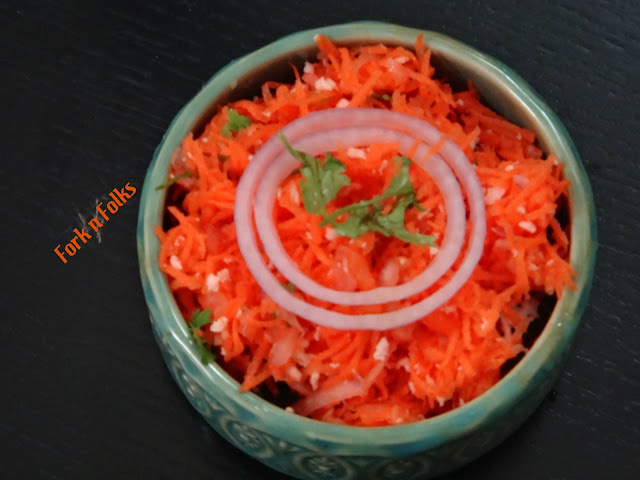 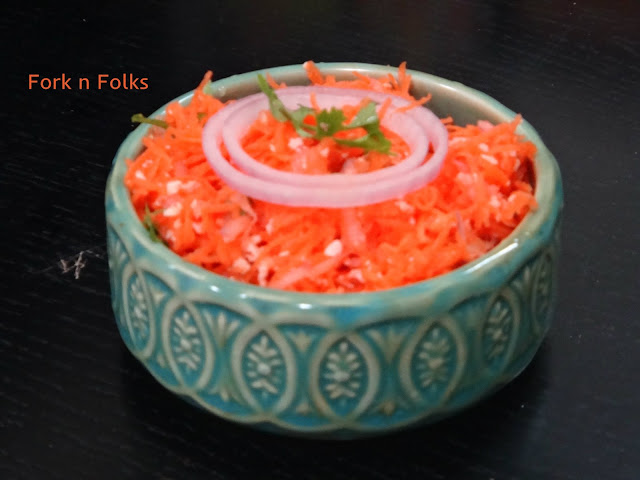 Peel and grate the carrots

Dunk all the ingredients into a bowl, except the salt.
Give it a good mix and keep in the fridge

Just  before serving add the salt.

Email ThisBlogThis!Share to TwitterShare to FacebookShare to Pinterest
Labels: Salads 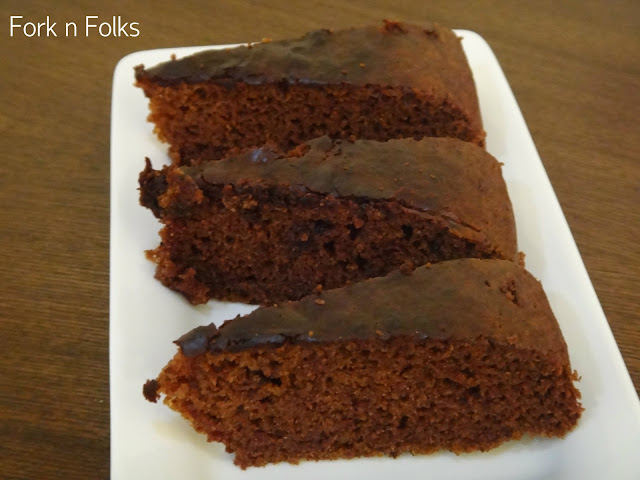 Email ThisBlogThis!Share to TwitterShare to FacebookShare to Pinterest
Labels: My bakery -eggless baking

This month challenge was to bake  with mango and chocolate, I wanted to try it with eggless and butterless.  The cake was so soft and moist, seriously  I love the cakes to be with butter as the taste is so much different from the butterless cakes. 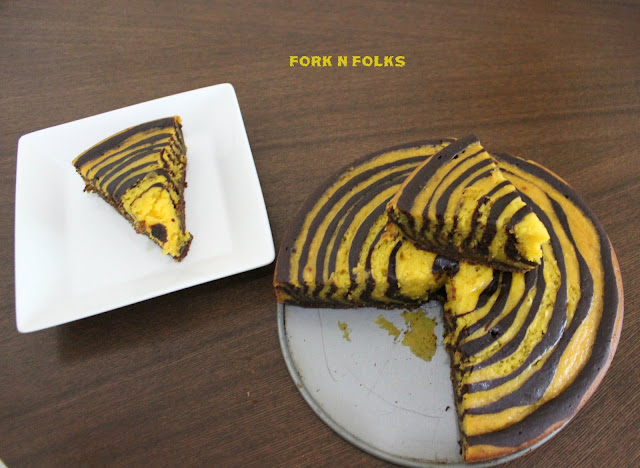 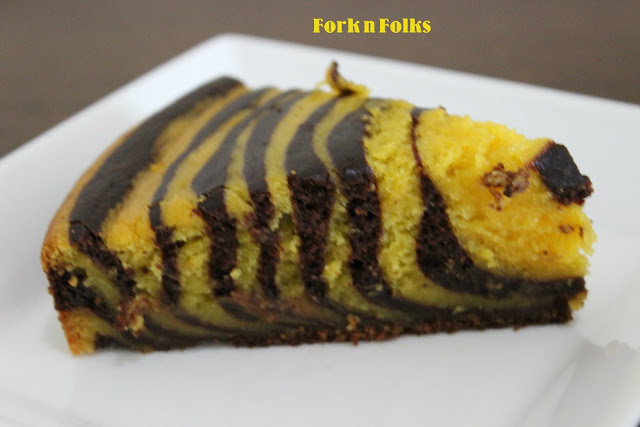 Kiwi  is one fruit that we all love  at home, last week I received a complimentary box of kiwi fruits from Zespri .  Since its summer here I thought of trying this kiwi slush, its  such a thirst quencher to beat the heat, especially as you sip the drink you get the tiny chunks of the kiwi in your mouth,  its so refreshing and we at home loved it.  I have made this drink with Nannari, click here to read more about this as I have explained it in my earlier post more about this.

Zespri Kiwifruit contain so many vitamins and minerals, they’re truly bursting with natural goodness. The powerful combination of vitamins C and E, potassium, folate, and dietary fibre, gives Zespri Kiwifruit one of the highest nutrient density and adequacy scores compared to other common fruit. If you are keen in seeing how the farmers are growing this amazing fruit have look at this video http://goo.gl/6IsQy 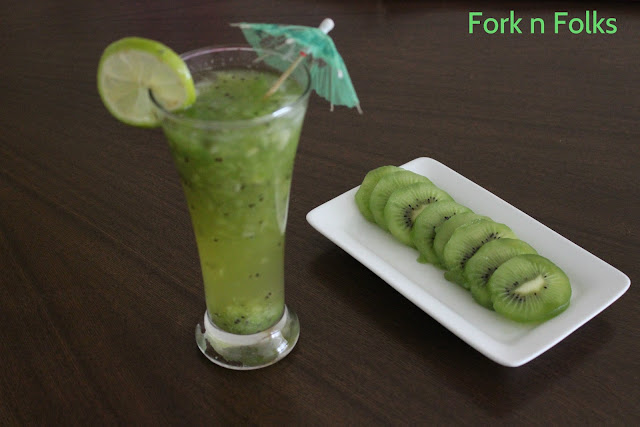 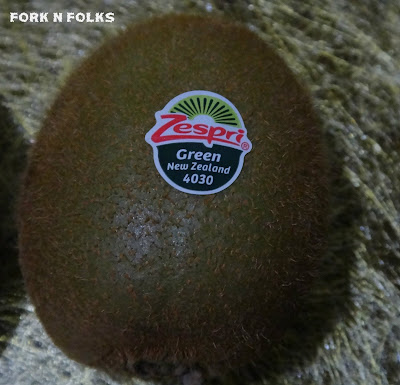 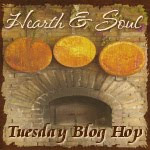 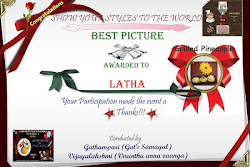 Gr8 to be a judge for the event 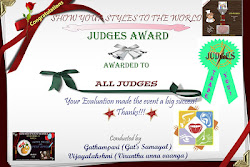 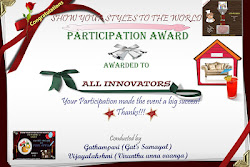 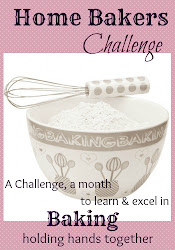 You Can find me here too

I am part of the SNC Group 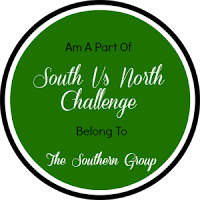 Thanks for the Award Dhanish 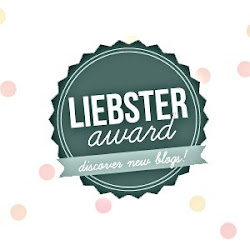 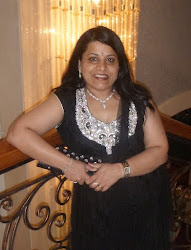 I welcome you all to my blog and I hope you will have good time viewing and trying out my recipes.

Cooking is my passion and I love trying out new recipes. Each of the recipes put up here are homemade.

Having a blog was like a "dream come true" for me and all the credit goes to my daughter who is my inspiration for starting this blog. Infact the recipes put up on the blog here are tested on my hubby and daughter..........I strongly recommend that you guys should go ahead and try out all these recipes.

Please do leave all your valuable suggestions and comments as I would love to hear from you all...:)